The main benefits of blockchain in business and life

Key Benefits of Blockchain in Business and Life

For several years now, global businesses have been actively implementing blockchain in their operations, and national governments are testing the capabilities and preparing a legislative framework. In fact, blockchain technology is fundamentally different from all currently available systems and, when applied globally, can make financial, trade, economic and managerial processes simple and transparent.

Blockchain was originally the basis for the digital cryptocurrency Bitcoin. In fact, the system of distributed registries has the potential to revolutionize the world order. Blockchain, in addition to finance, can be used in business, the organizational structure of companies and states, manufacturing and management.

At the same time, in order to use blockchain in business, for example, it is necessary not just to adapt business processes to the new technology, but to change them completely. But let's go over everything in order. 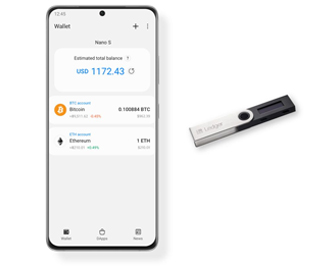 Blockchain is an ordered and constantly updated database that is distributed to all participants in the system, rather than being stored on a single server. Blockchain literally translates to "blockchain". Its creator is Nakamoto Satoshi.

Each block in the blockchain contains a time stamp and a link to the previous block. In simple terms, a blockchain is a digital filing cabinet where data about an action is entered. For Bitcoin, these are transactions, transfers and deposits.

Data encryption allows each blockchain to be modified only by the ID key of the user who owns the blockchain. At the same time, the system is synchronized after each transaction. 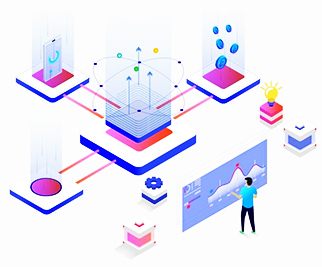 The user registers and creates a bitcoin wallet - a new chain of blocks appears. The system generates a private key created using a cryptographic algorithm to manage the assets and change a particular chain by the user. Each transaction, be it a deposit to a wallet, exchange, transfer of funds, or sale of bitcoins, is a new block in the chain, which is fixed in time and has a link to the previous block. Due to the decentralized storage system, blocks cannot be lost, erased or altered by anyone other than the owner of the blockchain key.

If we talk about blockchain in general, the possibilities of this system are limitless and promise a significant simplification of many processes. The absence of bureaucracy, transparency of financial transactions at all levels, including government, and the eradication of bribery are just a small part of blockchain's promise for the future.

For a deeper dive into the possibilities of an ordered data system, let's understand the terms "private" and "public" blockchain. Private blockchain is a base on which an exclusive and closed database is created with centralization in the person of the owner or company. It is used to develop and run private businesses. To become a member of the system, you must follow a set of rules set by the manager. A private blockchain is controlled and maintained by the creator, and the system works solely to fulfill corporate goals.

Blockchain in marketing For fruitful interaction between advertisers, contractors and clients, blockchain offers advances that have been missing in the past few years.

First - the ability to enter into smart contracts and see the entire chain of work performed is beneficial to both the advertiser and the marketer. In the case of dishonesty of one of the participants of the deal, the second can easily prove it is right.

Second - for CPA and affiliate marketing in general and for gambling in particular, financial transactions using blockchain are more convenient. For bitcoin settlements, there is no limit to the amount. Transactions in blockchain are carried out all over the world, so arbitrageurs have full freedom to choose the GEO for traffic plumage.

Thirdly, absolutely all transactions with cryptocurrency are transparent and not limited in any way. For affiliate marketing in general and webmasters in particular - this is a new level of work without fraud, non-payment, etc.

Now more and more companies and startups are turning to a system of ordered data. Blockchain's versatility, transparency, and security puts its invention on par with the advent of the Internet. Blockchain will undoubtedly become ubiquitous in the future and will enter all areas of human activity.